POE-161S – IEEE 802.3at Gigabit Power over Ethernet Plus Splitter

The POE-161S can split the 52~56V DC power over the Ethernet cable into selectable 5V or 12V DC power output. It is designed specifically to fulfill the demand of higher power required network equipment, such as PTZ (Pan, Tilt & Zoom) network cameras, PTZ speed dome cameras, color touch-screen/Video and Voice over IP (VoIP) telephones, multi-channel (11a/ac/b/g/n) wireless LAN access points and other network devices that need higher power to work normally but can’t be satisfied with IEEE 802.3af PoE standard. The POE-161S IEEE 802.3at Gigabit Power over Ethernet Plus Splitter is an ideal solution that enables network device with high power consumption to be powered directly via the RJ45  interface without the need of power outlets and electrical cabling. 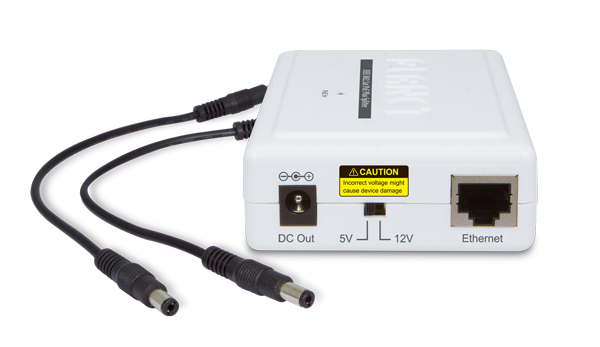